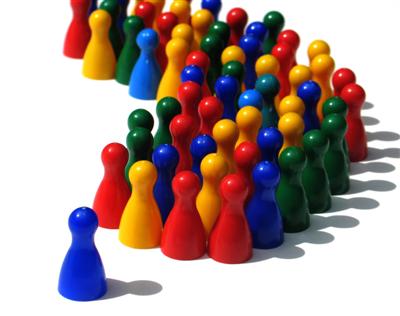 On 24th July 2010, CCF team had planned to invite working professionals from various corporate groups and I was supposed to share the word under the topic “No more Monday morning blues”. Everything was planned, invites sent out, the hall was ready, my ppt was done and the worship was awesome! (thanks to Bro. Jean Walter.)

But… surprise… surprise… just as we were singing, I started feeling that I need to change the topic and talk more about “CCF Leadership & their role”. And after the worship session Bro.Samuel Gamaliel spoke about how many professionals could not make it to the meeting and 90% of the people who were able to make it and were now sitting in the hall were ALL LEADERS of various corporate groups and companies! And he also shared that it was a very rare occasion, because all of them were in highly responsible positions in various IT companies and they all travel around the world, almost every other month. So it was difficult for all of them to come together like this.

That was the confirmation for me, that I was feeling-right about the change in topic! So we had the session on “God’s heart for LEADERSHIP in CCF” and we talked about various Biblical principles of workplace and about the leadership team’s role in the way-forward for CCF. We also talked about how the city of Chennai (including suburb) could easily have 5 Million+ working professionals who might need help and CCF can be a great platform to help them achieve their full-potential & help them be an instrument in God’s hands. Most of the leaders later came up and shared with me that they were immensely blessed by the sessions. Truth is always powerful and sets us free… free to be more effective in helping others!